Notice this didn’t say Men or Women… it says people. We all have a past and reason(s) for some of our decision making when it comes to choosing a mate. When you submit to someone, it does require serving their needs but it doesn’t mean that your needs are ignored. Significant others serve needs by providing transparency, dedication, value, learning, listening and the feeling of being safe to one another. You’re not Weak by wanting a Happy place with a person ♥️

Respect your Partner as an equal.

This has to be said. If you see him/her other than a partner then what is the goal? To have a grown child to boss around and take advantage of? If you ask me that sounds like manipulation and inner insecurities.
You Both should bring things to the table and be RESPECTED as each other’s equal.
Life is too short for anything else 💯

Make your Love Story, Yours

Please do yourself this favor. We have so many views on what relationships should look like instead of just going with the flow. We have the tendency to not think out of the box and get upset with the failed expectations.

I know we use the model that we saw growing up or we decide to rebel against it. Either way, what we saw or read about in the fairy tales does not equal the LAWS of how a committed relationship should look like. Get to KNOW and GROW with your person and have fun.

What are your thoughts? Have to you decided to model after your family views? Have you rebelled against it? Or have you said, I create my own? Let me know, let’s chat about it ☺️

Thank you for reading!

Where is the Love Wednesday: relationship tip

While being in a committed relationship, it’s important to understand the differences in family dynamics that our partner has from us. It’s important because you can establish the accountability that is required, boundaries and possibly a New start to your own Belief systems.

For example: if one person grew up in an authoritative household, he or she might have the same kind of approach in communication techniques or come off bossy. Yet, their partner might have grown up in a more liberal home where they express their feelings more openly. This pair, could clash a lot.

So, take the time out to have the necessary discussions. Try to let your guard down and be open to the new possibilities that could present themselves.

Have any of you had to do this? Would you do this? Let me know in the comments!!

Posted in: belief systems, communication, life, Relationships
No comments
Life Relationships Where is the love Wednesday

Where is the Love Wednesday: Question!!!

Hey Guys! I hope all is well! Please let me know your thoughts on this. Thanks in advance!

Posted in: dating, poll, questions
5 comments
Life Relationships Where is the love Wednesday

The intimacy of holding hands 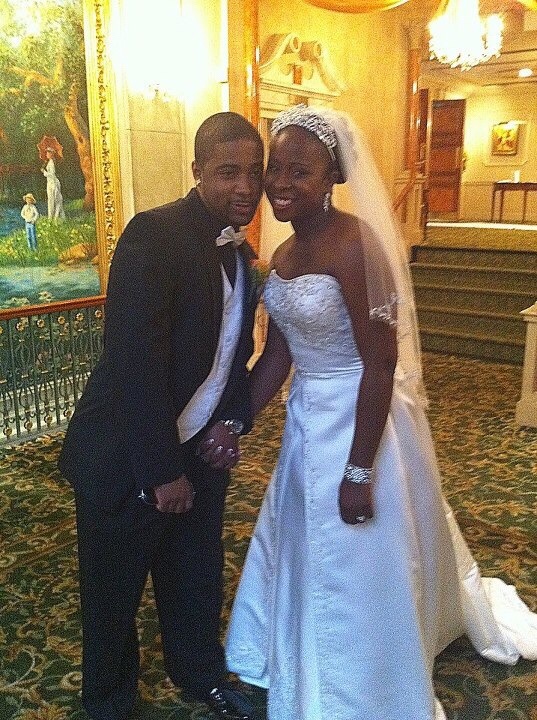 Hi everyone! I hope you all are having a good weekend so far! I was at wedding last night and like many others, it brought back many memories of my own wedding day. Weddings can stir many emotions amongst couples, they might pick up the romantic vibes during the couple’s dance, the exchange of vows and even when look at each other. One thing that I notice besides a smooch here and there are the holding of hands.

I know not all people are not into being lovey dovey constantly while others live off public display affection for one another. I’m affectionate and one of the ways I like to express my love is to hold hands. If I’m holding hands with my DH, I feel special, I feel safe, I feel the warmth of his body and that’s a great feeling.. When I hold hands with my son, I’m making sure he feels the same. My son knows that mommy will protect him and he can Trust me.

The power of a loving physical touch can bring joy and peace into your life. However, interlocking of hands can present an intimacy that is indescribable.

What about you all? Do you like to hold hands?

My high school sweetheart and I celebrate 6 years of marriage today!

He’s my ROCK, my King, my Confidant, my Life Partner, the Father of our Son, My LOVE. The person I can share my FEARS with. The Person I Vowed to Share All of ME with and more.

And I’m thankful that he Loves Me Back. 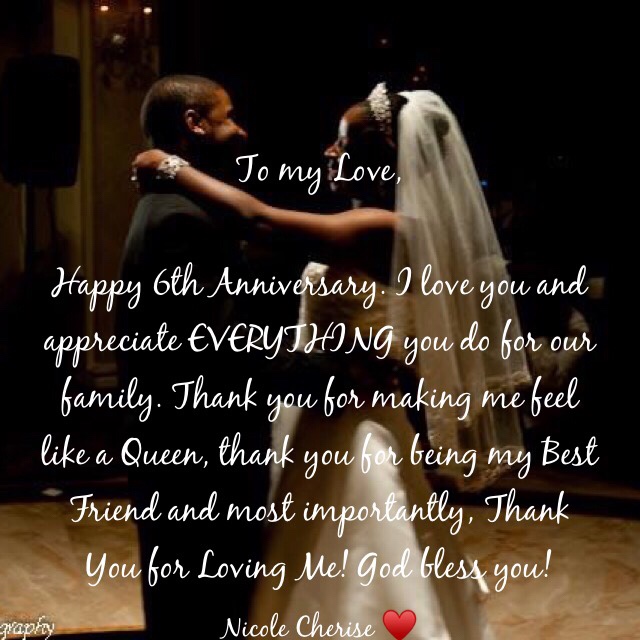 My feelings on Colorism amongst Black people. 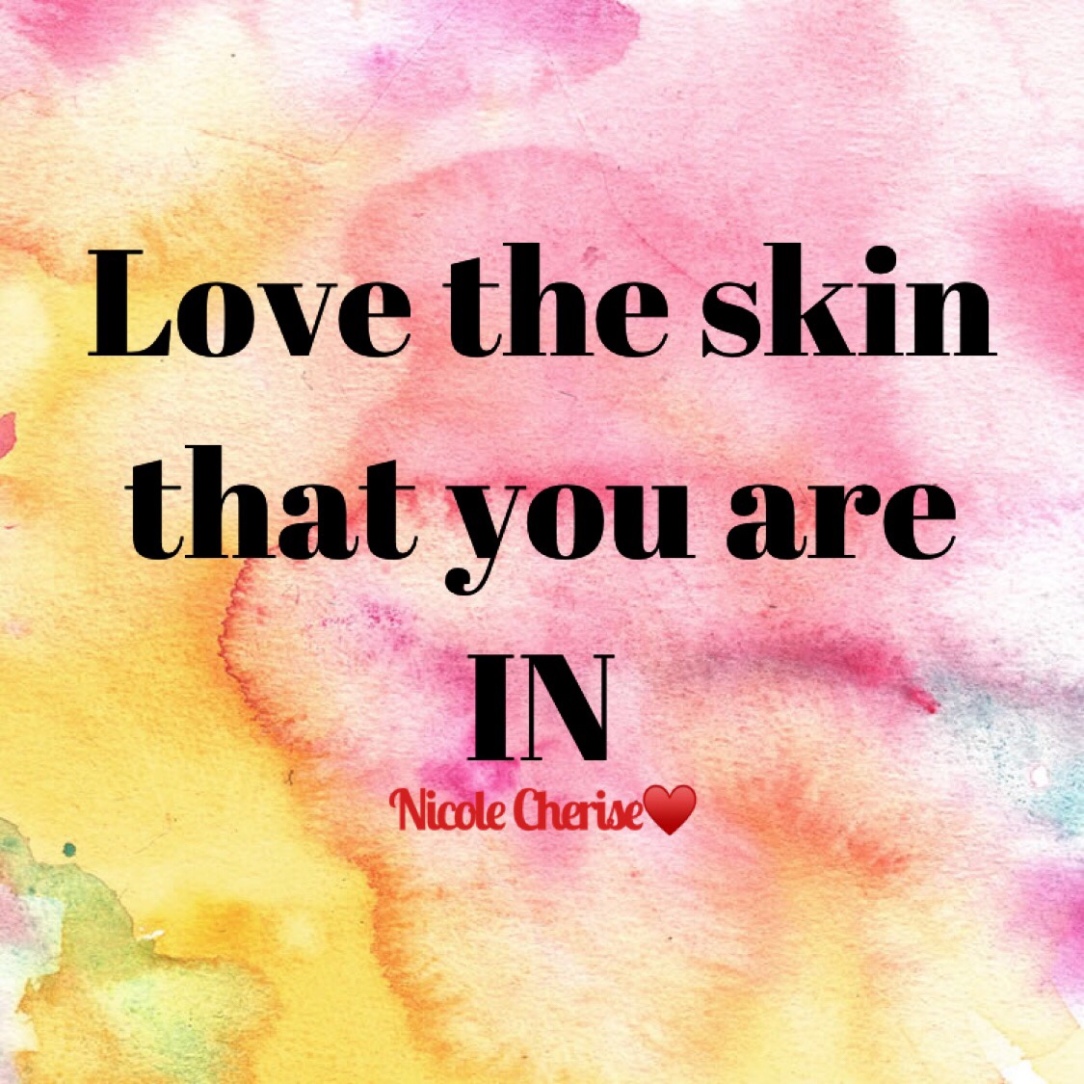 Over the weekend, I’ve read articles in regards to colorism amongst Black people. The Light skin vs. Dark skin issues, dating preferences and what is truly considered beauty. Many of us know that for many years there has been a “European” standard, therefore, anything close to resembling that was considered beautiful. Since then, people have become more open-minded about the beauty in darker shades and of those with kinkier hair. We see this in commercials, film and advertisements. However, this tends to still be an issues within our community especially when it comes to dating.

I have no problem with people having a preference of what their type is, just as long as they aren’t putting down people who don’t fit that description. Men and women are able to date whoever they please and I do feel it’s unfair for men to get criticized and women don’t. For example: if a black man prefers light-skinned women or dark-skinned women that shouldn’t be an issue. If he’s not bad mouthing the other group it should be no problem. It is a problem to some women. I wonder if it’s because she might be attracted to him and feels that she was disqualified based on a reason that she has No control over. That woman would go on and call him out and say he’s foul for not liking a group of women. However, women have standards too and some are ridiculous 🤷🏾‍♀️. I know some women who have preference of their men to be: over 6 feet tall, dark and muscular. So that cancels out a shorter, light skin men with a pudge belly, whom could be a really sweet person. But the sistas don’t get called out on that. When a man does let them know how it feels the conversation becomes “different” when it’s truly not.

We also have black people who create a status based on skin tone. Meaning they have associate with certain shades of people so that they can stand out or even feel included. Some people get excited to befriend the woman or man who seems to have it “made” for them. Mind you, that’s a theory that some just put in their own heads.

Hate to write this but this happens even in families. Some relatives are brainwashed and favor certain kids over the next because of their skin tones. I’ve heard stories where BOTH skin tones were ostracized and it’s so wrong. Ignore the family too, they do NOT know better because if they did, we wouldn’t have this discussion. Because let’s face it, some families encourage their children to produce with only certain type of people or skin tones.

Now this post isn’t to make anyone in the black community feel bad. I actually want you to you to take this and do the opposite. I want you to love the skin that you were blessed with! If You meet a woman/man who has a different preference than how you appear, that’s ok wish them well and on to the next one. Don’t get bitter, aim for Better. Love your skin, your features, your hair, God blessed you with it and KNOW that you are amazing! Ignore the insults because at the end of the day, it’s their lost.

Thoughts? Have you felt like this? Let me know below in the comments!

Shed the Layers with your S/O 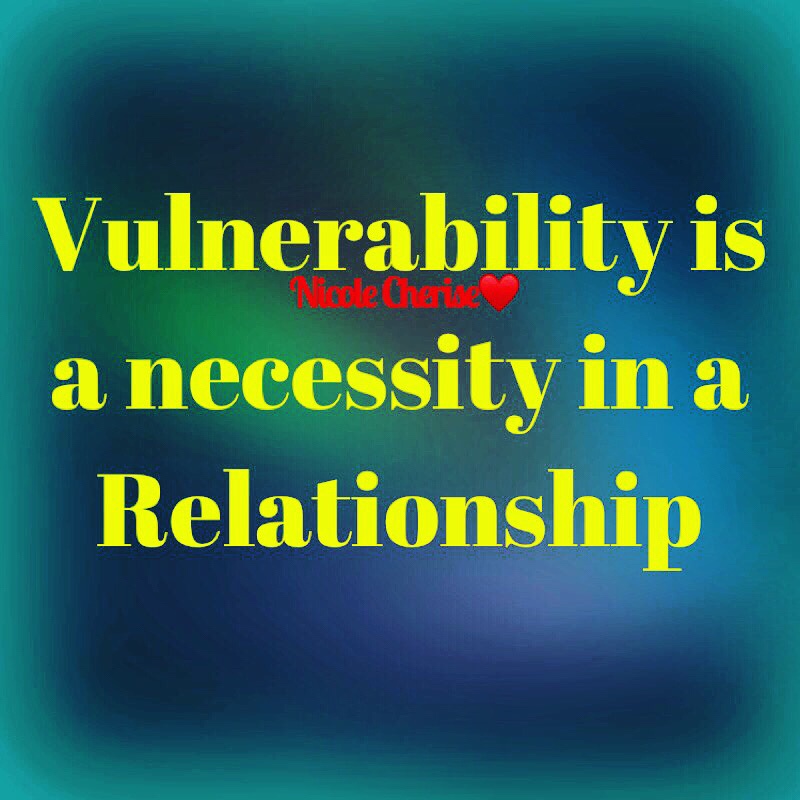 Please shed your layers to your significant other. It is extremely difficult to try to figure someone out when they continuously keep on their shields.

I know many stay on defense mode because of past relationship failures and mistreatment. That is understandable, however, you can’t fully commit to someone without giving your true self. True self includes your beauty, flaws, dreams and nightmares etc.

What I’m writing isn’t Law but something that I think is worth a chance. For all you know, you could be missing out on a beautiful companionship all because you don’t want to seem “Soft” or “weak“. Think about it.

thanks for reading friends!

Posted in: relationship, vulnerable
No comments
Life Relationships Where is the love Wednesday

Where is the Love Wednesday edition: A friend… then A Lover

How many of us really can say we took the time to let a friendship blossom before wanting the Romance with a significant other?

Take a moment to let that Sink in.

Significant other…. What makes them Significant? Best friend(s)… why are they the Best? We don’t take enough time in these categories, especially when it comes to romance. Don’t get me wrong, nothing is wrong with getting swept off your feet, or feeling it was love at first sight because for many that is their love story. Like anything in life, plant the seed, nurture it and watch the growth that takes place.

Has this been you? Have you been haste to enter a romantic relationship and then it failed abruptly? Were you friends? Let me know your thoughts friends!Thanks for reading!